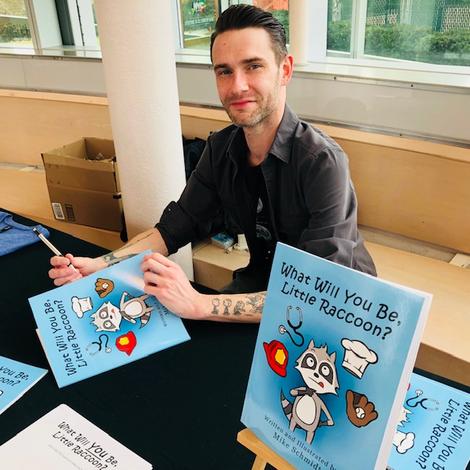 I grew up in Conshohocken, PA - a small town outside of Philadelphia, PA. I started cartooning when I was in the first grade, and have wanted to be a Cartoonist ever since.  After high school I moved to New York City and attended School of Visual Arts, where I graduated with a Bachelor of Fine Arts degree in 2003.

I currently make my home in Queens, NY.

Wrote and illustrated children's book, 'What Will You Be, Little Raccoon?' in 2017.  Available through Amazon, and other online retailers.  Carried in NYC bookstore.  Author readings at elementary schools and bookstore.